Rarely do I allow my attention to be grabbed by the personal issues of celebrities, but this last week, Mr. Sheen has opened up the eyes and ears of many people, myself included. I can’t lie, I like the guy. I appreciate his level of realness…no matter how off the charts some people may measure it. He is the official Quotemaster. 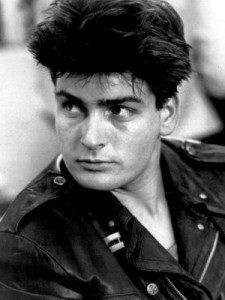 What I do see is a man who is well-aware of every word he speaks, every point he makes. His injections of verbal passion and honesty are surely overwhelming for most people, but I get it. Yes, that scares me, but only a pinch.

I see a man who speaks with no filter…something the general public are not used to. Someone who, God forbid, is 1,000% real and honest about what he TRULY believes and stands for. And there’s nothing wrong with that. He should not be judged on his words, no matter how outlandish. He should not be judged on his beliefs, no matter how much you may disagree.

I mean, let’s not forget he remains fighting for the proper treatment of the crew and cast of his show, despite its current cancellation due to his own actions…which he has owned up to. To me, that says something. I’m not sure what, but it’s something positive other than a drug test.

Addiction or not, he should still be embraced and offered any help he may need to heal whatever demons he has lingering somewhere beneath the surface. Maybe he is a freight train heading full-speed ahead with no intentions of stopping. Or maybe it’s just a combination of things. One big toxic recipe that has been simmering for years, finally reaching the edges of the pan. Whether or not it all overflows into a big puddle of mush where he is pleading for help, only time will tell.

But I really wish people would not pass judgement. Because in reality, there are millions of people just like him (only quieter), who don’t have the nerve to speak up or speak out. Fear, shame, denial…a horrible trio. At least when it’s all said and done, he has already admitted some of his responsibility in the entire ordeal. A step in the right direction. Afterall, it is his life, not ours.

“I’m tired of pretending I’m not special. Like I’m not a total bitchin’ rock star from Mars.”